Are You Ready For The PMP Exam? 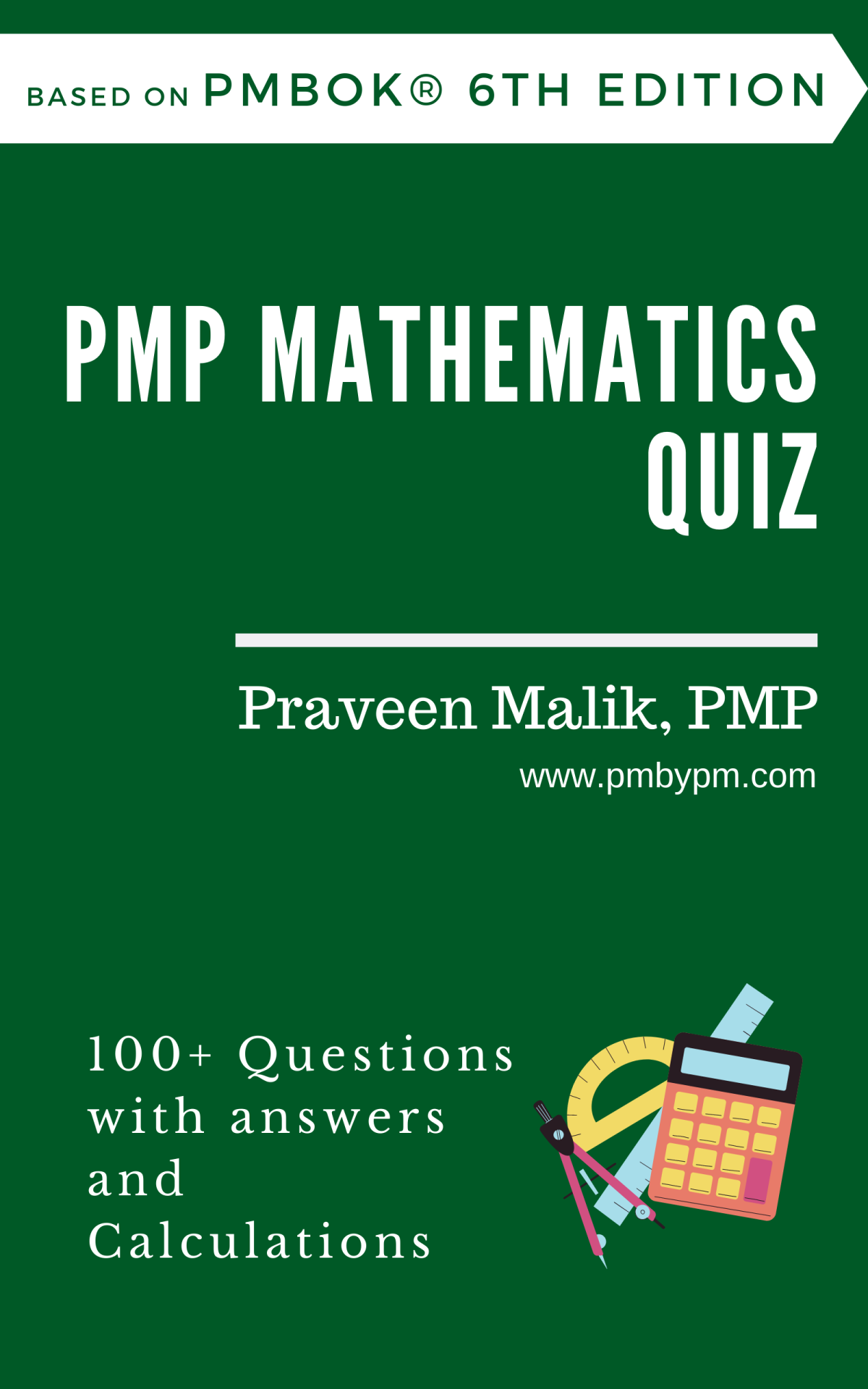 Validate your knowledge of the PMBOK Guide Concepts by practicing questions before writing the PMP exam.

Current Edition of The PMBOK Guide

PMI released the PMBOK Guide 7th Edition in Aug 2021 but the primary reference for the PMP exam is still 6th Edition. You can click here to find the PMP Exam reference list.

I also sent an email to Project Management Institute (PMI) asking about the primary reference guide for the PMP Exam in 2021. I asked them, "Which is the Primary Reference Guide for PMP Exam Preparation in 2021?"

Following is an excerpt from PMI's reply mail:

"Thank you for contacting the Project Management Institute.

We have received your query regarding the PMBOK guide.

We kindly need to inform you that the primary reference that you should refer back to for PMBOK guide is the 6th edition."

The PMP Quiz Bundle is based on the PMBOK Guide 6th Edition.

How Can You Validate Your Learning By Taking Quizzes?

You need to practice a lot of questions to gain confidence for the real exam.

You need to check and validate your learning by practicing questions.

Good scores in mock tests are necessary to confirm that you are ready for the exam.

Overcome your fear of the PMP exam by practicing a lot of questions.

Can you pass the CAPM/PMP exam without practicing questions?

No! Practicing the PMP exam questions is a necessary evil.

Hey! I am Praveen Malik.

I passed my PMP exam in the year 2005. In those days the PMBOK Guide was much thinner. It was about one-fourth the size of today's version but it essentially had the same Mathematical concepts. The number of processes and ITTO were much less. There were only nine Knowledge Areas (KA) instead of ten, as they are today.

You might think that I was lucky to pass the exam at the right time.

The PMP test takers in 2005 were not at all lucky because there was no study material and practice questions available in those days.

To top it, there were very few mock questions available for practicing.

So, how did I pass the exam?

I practiced questions from the few sources that were available in those days but mostly my preparation revolved around reading the PMBOK Guide again and again.

I could not do much. However, you have many options.

There are many study aids available today. My Quiz bundle is one such study aid.

I became a full-time trainer and coach in the year 2008. As an independent trainer, I wanted to provide the best study material to my students.

Over the years, I have received positive feedback from my students about the Quiz Bundle. It has given confidence to hundreds of students to successfully pass the PMP exam.

Practice a lot of questions to gain confidence.

Get Rid of "How To Pass PMP?" Problem

Practice a lot of questions and validate your knowledge.

Gather confidence to apply for the PMP exam.

Take the PMP exam only after you are ready for it.

The Best Tools To Practice

Gain confidence of cracking the PMP exam by validating your ITTO knowledge.

Crack the PMP exam by practicing formulas based questions.

What Others Are Saying About PMP Quiz Tools A good tool for understanding the questions

Thanks for your efforts in making the Quiz Bundle. It is much appreciated. I have gone through the answers for each and every question and I have noted down my learning from each wrong answer.

I have also patted my back myself for the right ones after realizing my understanding was right. Questions are challenging and were for me very useful to continue practicing and practicing with a good level of questions and explained answers.

Thanks again for all you share and your time. I appreciate it. Made concepts easy to understand

The products were helpful.

Combined with other tools, they made the concepts easier to understand.

What You'll Get When You Purchase Today "Thanks, Praveen for sharing your knowledge and the resources you made available on the pmbypm website."

“The quiz has clear, concise, precise explanations, logical understandable format. I love it. Thank you ”

I am a certified Project Management Professional (PMP®) with a rich 26+ years of experience.

I have been teaching PMP students since 2005. I have conducted several in-classroom & online PMP workshops and trained thousands of aspirants for the certification exam.

In my experience, many students dread PMP. Most of them delay taking the exam because of fear of PMP. I have made a slew of products that can help you to overcome this fear. You are fully protected by my 100% Satisfaction-Guarantee. If you don't pass your PMP or CAPM exam, just let me know and I 'll send you a prompt refund.

And, that t is not all. I will also provide unlimited email support till you pass your credential exam.

Should I wait for some more time before buying the PMP Quiz Bundle? I have just started my exam preparation?

No, you should not wait. You can do the Quiz questions again and again to check your preparation level. The more you score on the quiz, the more confident you will feel.

How will your PMP Quiz Bundle help me if I am near the end of my exam preparation?

The Quiz Bundle will check your knowledge about the PMP exam. It will help you to find gaps in your study and validate your learning. By practicing well, you will know that you are on the right track. It will increase your confidence in taking the exam.

Should I buy PMP Quiz Bundle if I have already got hundreds of PMP questions?

Yes, you can buy the Quiz Bundle. PMP is a difficult exam, so you should practice a lot of questions. The Quiz has questions answers with explanations which will help you in cracking the PMP exam. It will not only give you additional practice questions but also provide a different perspective towards the PMP exam.

Should I buy your PMP Quiz Bundle if I want to start preparation after 3-6 months?

You should not wait for 3-6 months because of the following reasons:

1. The sooner you pass the PMP exam, the better your chances become for career growth.

2. You will get lifetime access to the Quiz Bundle. You can write to me anytime in the future and I will send you an updated version (if there is any) without any additional charge.

How does 100% satisfaction guarantee work?

The Quiz Bundle has helped hundreds of aspirants in passing the exam. I am confident that you too will pass the exam after practicing with my tools. However, in an unfortunate circumstance, if you don't pass, I will refund your money. I will also provide you with unlimited email support to help you pass the exam in your next attempt.

Will you provide support, if I have a question?

Yes. I share my email id with all my students. You can directly contact me if you have questions or feedback about the Quiz Bundle.

Don't get bogged down by PMP exam questions. Use the right tools to tackle them.